The way-before-its-time show Arrested Development , stuffed full of inside jokes and Easter eggs that thwarted weekly network audiences, turned out to be perfectly suited to the streaming environment.

The coy weekly striptease of network TV now seems quaintly anachronistic, and TV as a whole feels less like an all-you-can-eat buffet of delights than like the overkill of the apocryphal Roman vomitoria. Of course, as in every feminist golden age, there has also been dissent: furious clashes over the direction and quality of the discourse, especially as the movement has become increasingly trendy, shiny, and celebrity-backed. Perhaps the most public feminist conflagration of the Obama years came at the nexus of policy and celebrity, of politics and pop power. The book, which tackled the variety of social and psychological traps laid for women in the contemporary workplace, was an instant best seller.

But the critical resistance, both to the often misunderstood messages Sandberg was sending and to her unlikely perch as a feminist spokesperson, was loud and fierce. Sandberg, many noted, was a wildly wealthy woman, and in urging women to reform themselves rather than the systems — from the gendered and racial pay gap to the lack of paid leave and subsidized child care — that left them with less power than their male counterparts, she was simply adding to the pressures they faced, blaming them in some way for their own inequitable predicament.

But to skeptics, the danger was that Lean In feminism would eclipse a movement for bigger alterations to our social and economic policies. What we are not talking about in nearly enough detail, or agitating for with enough passion, are the government policies, such as mandatory paid maternity leave, that would truly equalize opportunity. We are still thinking individually, not collectively.

But a funny thing happened while feminists were yelling at each other about Sheryl Sandberg: The United States started to make big, swift strides on economic policies favorable to women and families.

Since , five states — including New York in — have passed paid-family-leave bills, with campaigns active in 20 more states. In , Barack Obama talked about federally mandating paid leave in his State of the Union address and established paid sick leave for federal workers. The same year, California congresswoman Barbara Lee introduced the EACH Woman Act , which would override the Hyde Amendment which prevents poor women from accessing abortions through federal insurance programs including Medicaid.

And in this election, Democratic nominee Hillary Clinton supports paid sick leave, paid family leave, subsidized child care, and higher wages for child-caregivers, more-affordable education, expansion of the health-care system, a higher minimum wage, free community college, and the abolishment of Hyde. We have, as they say, come a long way, baby. But neither did her brand of feminism get in the way of those advances, as many seemed to fear it would. Perhaps it would even be fair to argue that the amplification of these discussions — thanks to Sandberg and, yes, her many critics — has helped to raise the volume and awareness of gendered inequities enough that we have managed to move forward faster than we thought possible.

Sometimes, attacking from all angles is the most effective strategy. The message that came out of Washington at that time is that Al Qaeda had been decapitated, that the group was on the run, that whatever was left of it were these isolated cells. At that point I was based in North Africa. I was just about to become a bureau chief for the AP. The thing that was transformative for me was that in Timbuktu, in Mali, in a building that had been occupied by the jihadists, I was able to retrieve some of the pages of documents that they had left behind after the French pushed them back in Those documents were eye-opening.

That to me was the first moment when I went, Oh, okay. I realized that I needed to very much question what was coming out of Washington. The way these people would just light up when they were talking about it, you know, you felt like when you imagine a girl lighting up when she first sees Elvis or something. The skit spirals outward in ever more fantastical directions — all three read for the part of Mrs. Claus, but J.

Lo snagged it! Vanity Fair ran an oral history of the sketch. It was hardly the first or the last time Schumer went viral with a feminist conceit: There was the time she skewered the difficulty women have in accepting compliments, the sketch about a link between football and rape, the send-up of male-gaze rap videos, and many more. She became the walking embodiment of self-actualization feminism, circa ; that role became as important, or even more important, than her jokes. The jokes themselves, if you look a little closer, have a complicated, fairly specific relationship to the female experience.

It became impossible for Amy Schumer to walk outside in sweatpants without its being labeled empowering. But we should be wise and restrained in how we use that power. But do I think the critiques from the left, about drones, are fair or fully informed?

Not always. Sometimes they are. With bin Laden, we had the option — the less risky option — of just firing a missile into that compound. I made the decision not to do so primarily because I thought it was important, if in fact it was him, that we be able to identify him. But depending on how you define innocents, a couple people in that compound that were not bin Laden and might be considered innocent, including one of his wives, were killed.

As a percentage, that could be counted as collateral damage that might have been higher than if we had just taken a shot when we knew that the compound was relatively empty.

I will say, though, that what prompted a lot of the internal reforms we put in place had less to do with what the left or Human Rights Watch or Amnesty International or other organizations were saying and had more to do with me looking at the way in which the number of drone strikes was going up and the routineness with which, early in my presidency, you were seeing DOD and CIA and our intelligence teams think about this.

It troubled me, because I think you could see, over the horizon, a situation which, without Congress showing much interest in restraining actions, you end up with a president who can carry on perpetual wars all over the world, a lot of them covert, without any accountability or democratic debate. And that work has continued over the course of years now, such that this year, for example, after a lot of interagency wrestling, we were able to start our estimates of civilians who may have been killed by some of these actions.

But by the time I leave here, the American people are going to have a better sense of what their president is doing. Their president is going to have to be more accountable than he or she otherwise would have been. And I think all of that will serve the American people well in the future. In which case the best thing for me to do is to try to figure out what the right thing to do is and just do it, and worry later about how Washington is grading me.

And that was a valuable lesson. It was a valuable lesson in two ways. One, because it taught me to trust my judgment. You take the case of Syria, which has been chewed on a lot. But it continues to puzzle me, the degree to which people seem to forget that we actually got the chemical weapons out of Syria. My decision was to see if we could broker a deal without a strike to get those chemical weapons out, and to go to Congress to ask for authorization, because nowhere has Congress been more incoherent than when it comes to the powers I have.

A doctor inserted a catheter that morning. I had a real scare. After an hour, I started getting really uncomfortable. I realized nothing was draining into the bag. Literally minutes before I was supposed to be on the floor, the nurse practitioner came in and realized there was a stopper in the tube.

As soon as she removed it, everything was fine. What was different on that day was that for the first time ever, the Texas Tribune had been granted [the right] to use its technology to livestream from the Senate floor. I did not know people were watching to the extent that they were, not even close.

I expected the gallery to be full, but I could hear them out on the lawn, I could hear them roar in the halls and in the rotunda, and from time to time I could literally feel the vibration of their voices beneath my feet on the Senate floor. My Republican colleagues were going to treat this filibuster very differently. In the past, there has been a lot of leeway — senators can read names out of the phone book under the idea that everyone will be affected by the bill.

And then I knew that they had plotted to call three strikes — that they were going to do everything they could to bring it to an end. My back was hurting, and I got another strike when a colleague helped me put a back brace on. But then I started getting mad, and when I got mad it was really great, because it kept me sharp and then time just flew, it really did.

Within a few hours we received 16, stories. The hardest part of the day, for me, was when I came to a story from a woman named Carol M. 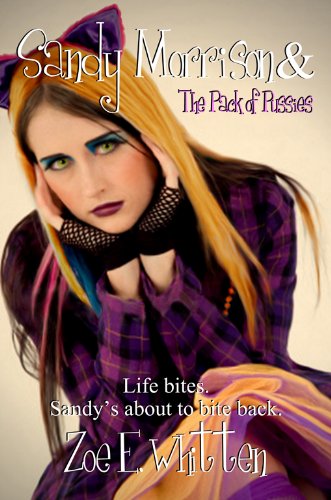 I felt as though I was reading my own story. She and her husband discovered that the child she was carrying suffered from a severe fetal abnormality, and ultimately they made the decision they felt was in the best interest of this baby that they loved and had wanted very, very much. At around or so, the final, third strike was called — again, absurdly. But then my Democratic Senate colleagues began to argue points of order, masterfully eating up the clock.

Finally, at about a quarter till, the filibuster was officially called to an end. At that point my sister, [then-]Senator Leticia Van de Putte, who was not expected to be in the Senate that day — she had just buried her father — but made a decision to drive the one and a half hours to the capitol, came in.